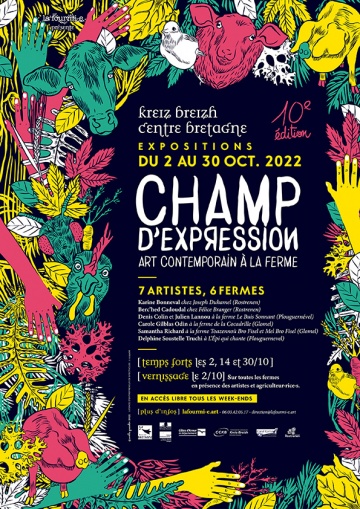 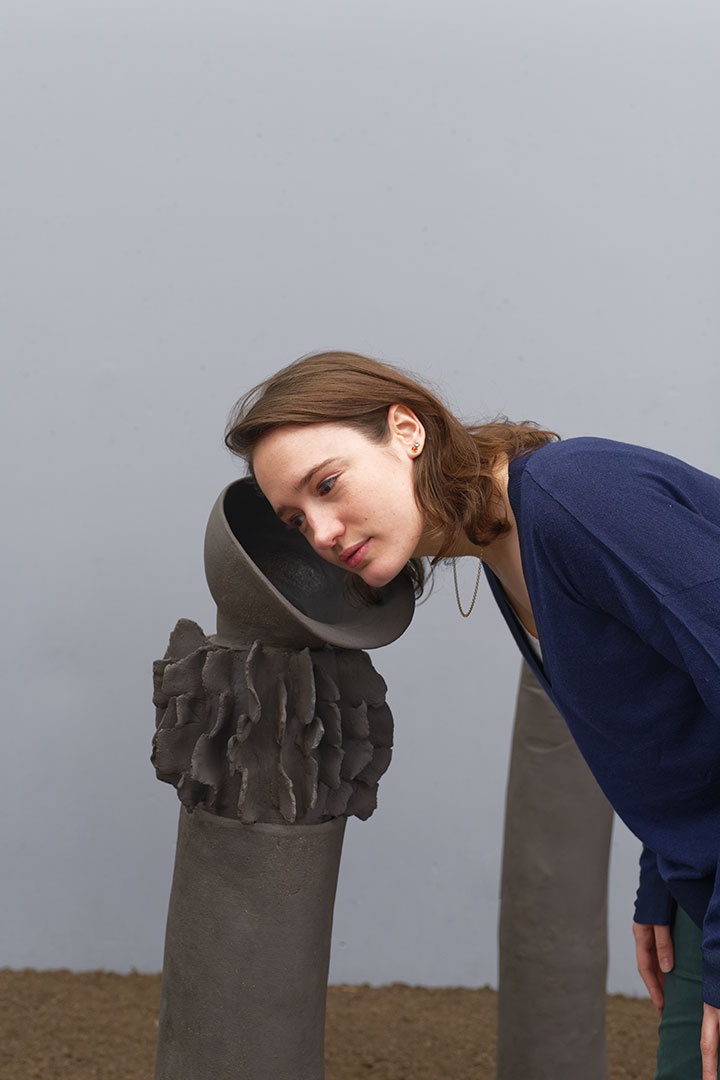 Suggesting in its title a whisper, a whispered word or an epidermal sensation, the exhibition Comme un frisson somoupi invites visitors to explore two environments, two singular paths, taking as a meeting point the strength of their ability to renew the experience of multiple contemplation that appeals to the senses.

The ground on which we walk is not a simple and inert matter, it is a world in itself, complex and living. The earth is full of many symbols: it is our planet first of all, the soil in which we grow our food, a raw material for construction, the surface on which we are anchored and on which we stand, the territory on which we live. Each ecosystem rests on a different soil, reflecting the bedrock on which it rests and the accumulation of organic matter from living things in the ecosystem, plants, fungi, animals, bacteria.
The sound part of the project was realized in collaboration with bio-acoustician Fanny Rybak, from NeuroPsi at Orsay University and the Rillig group, from the Freie Universität Berlin, specialized in plant and soil ecology. The ceramic part was partly made in collaboration with the ceramist Charlotte Poulsen.
Listening to the earth is thus a series of black ceramic sculptures, as if they were coming out of the earth, as they are placed on the ground, which give the impression (through an invisible wireless speaker system) of these recorded sounds of different earth samples. The richer the earth is, the denser the sound activity is.
Together, we try to account for the invisible exchanges that we have as human beings with the living world. A constant but sometimes very small interaction, whose richness it seems very important to me today to rediscover.

The project écouter la terre is supported by the Diagonale Paris-Saclay and the DRAC Centre-Val de Loire.