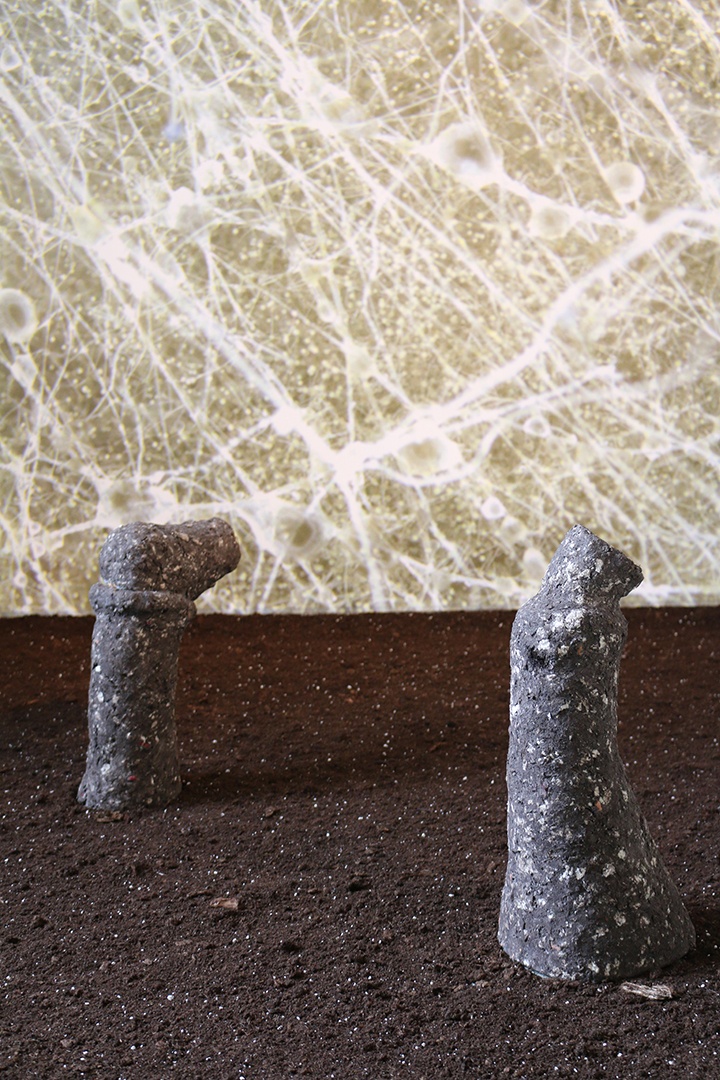 Listen to the soil/ become plant

An installation of ceramic and paper mache pieces on an soil bed unfolds in front of a microscopic peyasage. The sounds coming out of the mushroom-like forms are the sounds of soil samples recorded in their animal activity during a residency at the Rillig Group, Plant Ecology of the Freie Universität Berlin. Black vases also contain a kind of soil as well as sprouted seeds that echo the film Devenir-plante.

How to take the Deleuzian concept of becoming a plant at face value ?
A couple, like contemporary Adam and Eve, walk through a garden that is no longer Eden, in search of what will perhaps take them to another stage, a better status?
Eat the soil and become plant.
Project shot in the Berlin Botanical Garden and the greenhouses of the Rillig group, with the
"soil" by Carole Bélénus, culinary designer.

A tasting of this land is also organized, to see if the effects of transformation are real.....
Listen to the soil supported by DRAC Centre Val de Loire, Diagonale Paris-Saclay