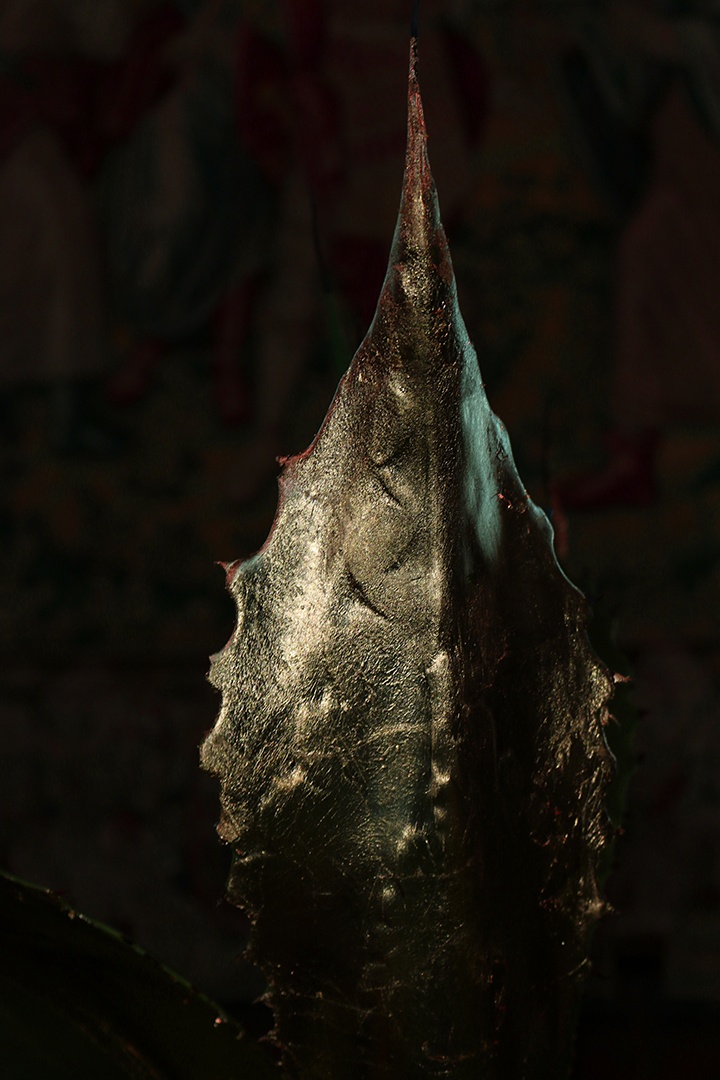 The admirable, awning of the stables and boardroom, winter art season 2016/17

The agave has a long history of cohabitation with men.
In America, some species provide sugar and alcohol, fibre for clothing. Grown in Europe since the 18th century, this species has adapted to our climates and lands to gradually invest the territory, to the point that some people are beginning to consider it as an "invasive" species. A guest who gradually transforms herself into an unwelcome host when she should be praised for her adaptability. An exotic plant therefore, but one that has been in the gardens for so long that it has lost its aura of curiosity.

Leaf gilding is traditionally used to embellish monuments and statues in France. The idea is therefore to borrow both from the aesthetics of outdoor monuments and from the aesthetics of flower beds that can be found in gardens and parks.
The golden agave is monumentalized, it finds its place as "the admirable" (ethymology of the Greek name agauê). Gilding, an artificial intervention, reminds us of our need and desire for domination over the living world, but does not prevent this plant from growing. The peaks of which it is bristling remind us that the plant knows how to adapt and does not fear cohabitation.