Some of us, an overview on the French Art Scene 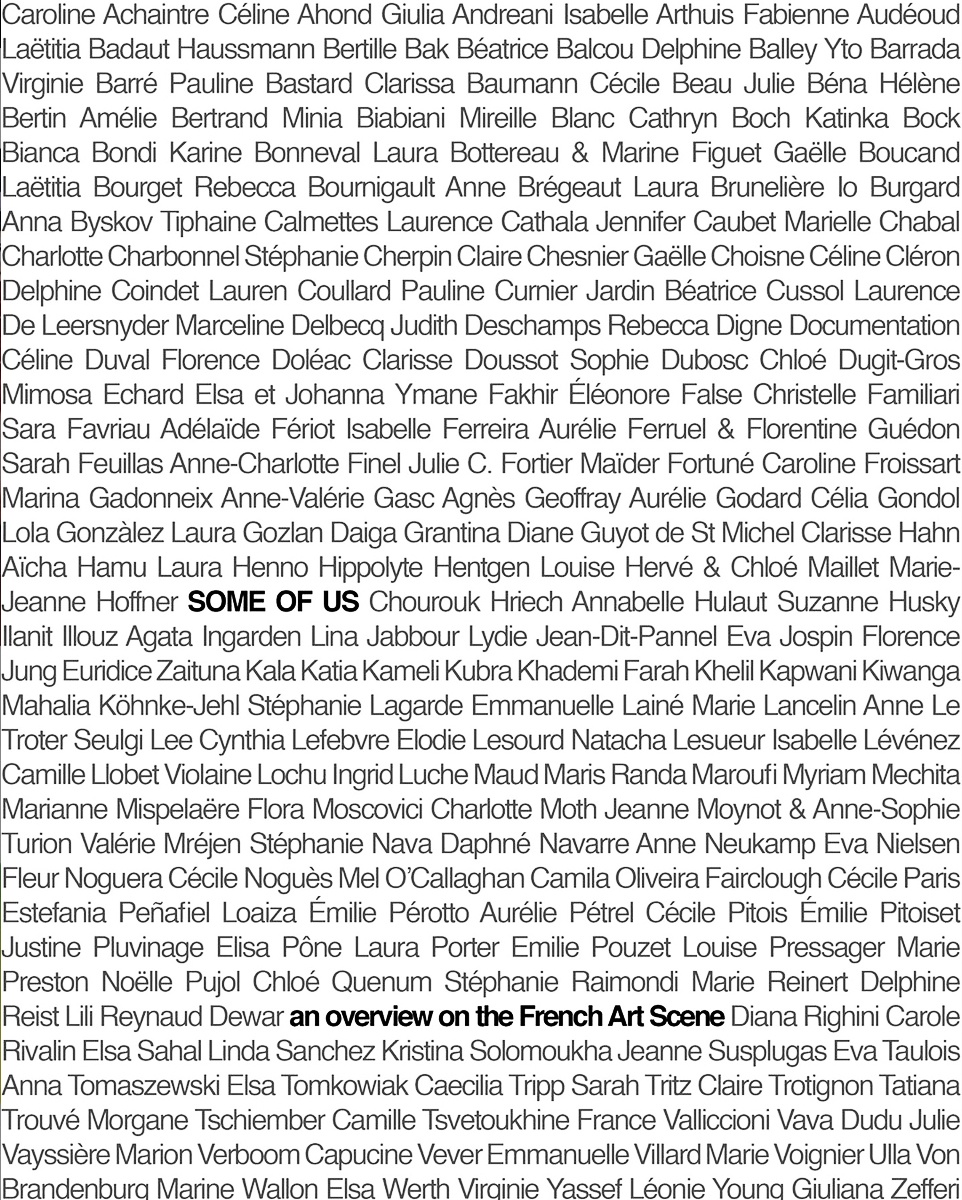 Some of us is conceived as a "statement", i.e. a position on the generation of emerging artists in the last twenty years. This generation has the special characteristic of being defined by two sociological groups, which are sometimes opposed, namely that of half of generation X and that of the beginning of generation Y; that is, artists born between 1968 and 1993. These two generations are marked by profound social changes, although they are distinct. However, they have one thing in common: the definitive rise of women's place in the labour market and, in particular, the place of women artists in the art world.
This exhibition will attempt to present a panorama of this generation and its specificity in France. First conceived as a research on artists who have appeared on the French scene over the past twenty years, this exhibition will develop a proposal based on a selection of 200 female artists exhibited in a 3000 m2 space. Each year, this space is allocated to a guest country at the "NordArt" international exhibition at the Kunstwerk Carlshütte site in Büdelsdorf, Germany, north of Hamburg.