from 5th to 30th of october 2020 ARoS, Kunstmuseum, Aarhus, Denmark 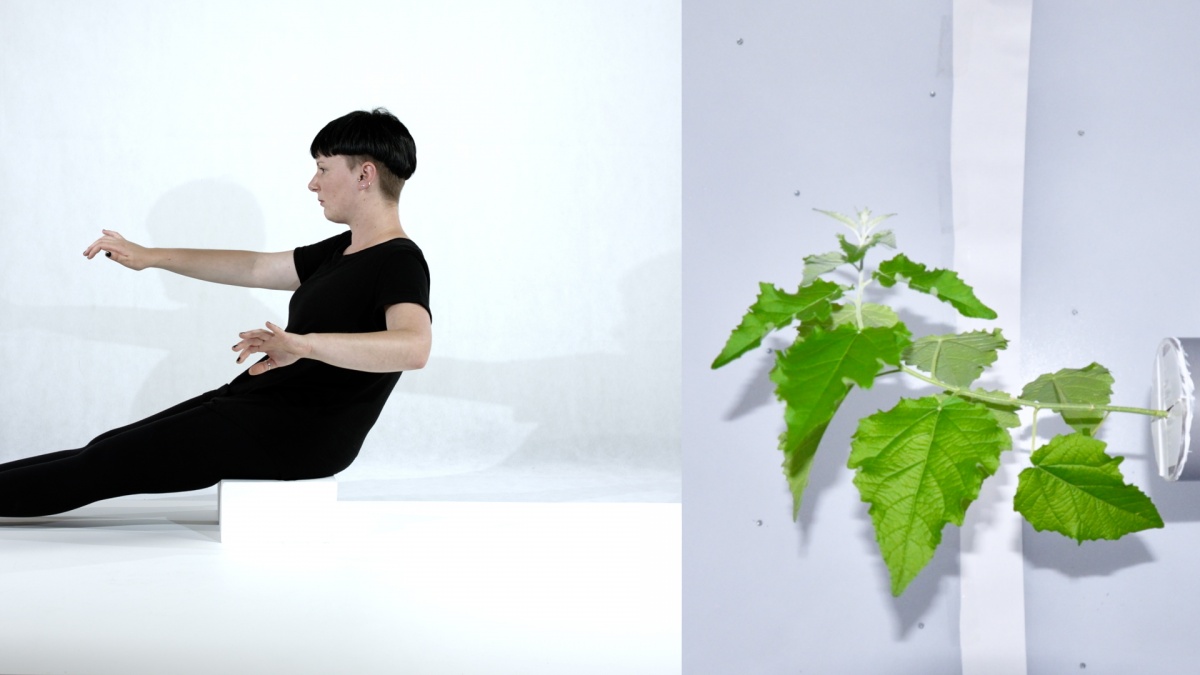 With the support of the Danish Arts Council and Secret Hotel's symposium "EARTHBOUND 2021 - Weaving with the More-than-Human".

During 25 days, the artist creates new objects in connection with Vertimus, a project initiated with the INRAE PIAF of Clermont Ferrand in 2018. Two discussions /lectures (Christine Fentz/Susanne Marieke Vogel/ Kuai Shen /Lil Lacy) and a workshop will also take place during this residency at the museum.

The plants are equipped with very subtle sensors to analyse their environment and adapt to the fact that they cannot move. Thus, they perceive gravity and the limits of their bodies: these are gravitoception and proprioception. Two perceptions that we share with plant life.
Several recent experiments also show that plants perceive sound vibrations through their aerial parts but also through their roots. The perception of sound is therefore also a faculty that we have in common.

Accompanying the film Vertimus, about the symmetrical straightening of a poplar tree and a woman; a new Rhizotron, made in collaboration with researcher Susanne Marieke Vogel.
Susanne's work, in different African territories, is to attempt, through studies of elephant movements, to improve the cohabitation of these large mammals with the crops of humans also living there.

The idea came up to put maize, the main crop grown in these territories, in the proposal: could maize also be affected by elephant sounds?
Susanne is also a harp player, and she has improvised short pieces based on the sounds of elephants.
In this partially transparent recipient, three speakers broadcast three types of sounds to the root systems via three soil-filled tubes: an elephant rumble, a piece of harp and a sound of invertebrate activity in the soil.
An invitation to take the time to look at the movements of the roots, and perhaps to see what music is preferred by the corn plants?

A chair tilted backwards, suggests to the person sitting in it to lean at the same angle as the corn plants, and to listen in turn to the 3 sounds proposed in this other rhizotron: the sound of water, of elephants communicating using low frequency sounds, and a piece of harp.
A moment where our ear and inner ear are brought into play at the same time as the corresponding sensors of the plants.