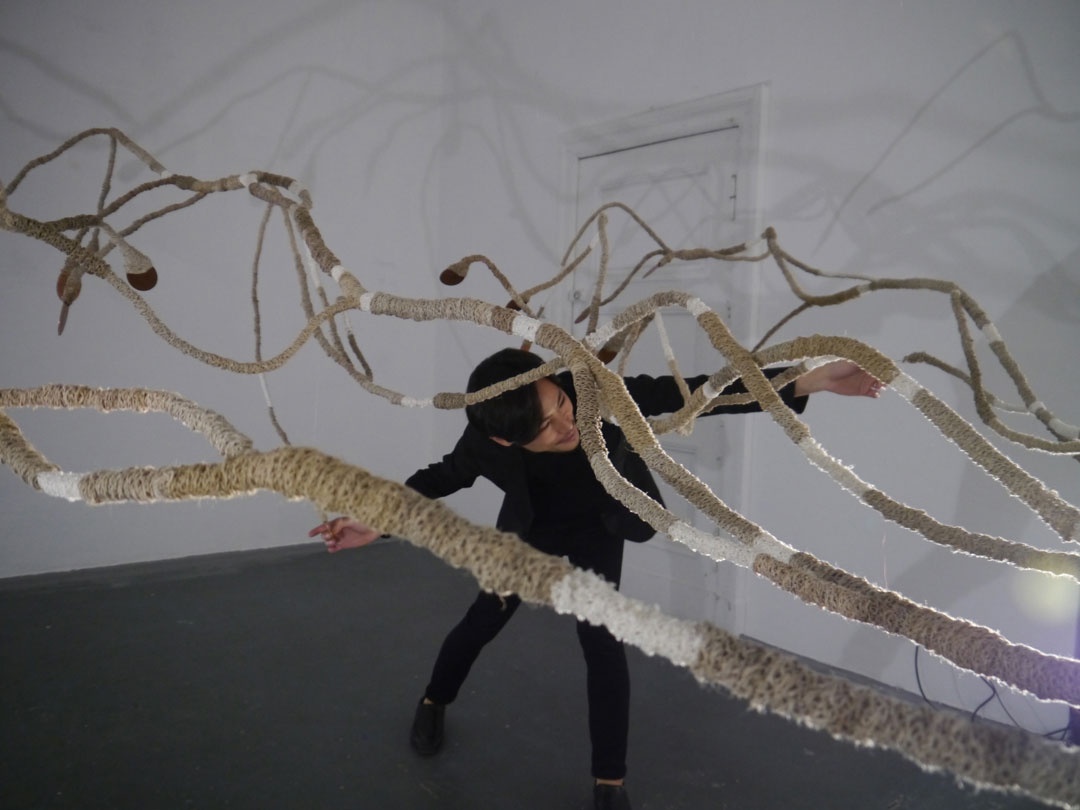 The piece was produced thanks to the La Mire residency program and the support of the Centre Val de Loire Region.
Dendromacy/ Berlin is immediately presented as a hybrid device. Its shape evokes the organic, root dimension, a sprawling object, a kind of bulb from which long
ramifications. Suspended, the structure seems to float, as if it were able to move or extend autonomously. If its envelope, made of vegetable yarns of various textures, diameters and tones (flax, hemp, banana tree, woolly nettle) refers to the plant world, the soul of its structure is only "technical". Cables, electrical and computer systems, even the computer keyboard caught in the wired mesh, give the work that in-between character. The choice of a yarn knit indicates here the mixed nature of the piece, analogous to the notion of a network made of intertwined, inseparable elements.
The nineteen trees selected by Karine Bonneval have given rise to double sound recordings: concrete sounds of their urban environment (including human activities), capture of the artist's hand caressing the bark with sometimes curious accents. They constitute nineteen sound tracks, which the visitor activates by grasping the copper medallions stamped with the "name" of the trees, sensitive and tactile endings. After the sight, the touch, the hearing is used to get in touch with these subjects, in a link that expresses the artist's very physical relationship with them during his work.