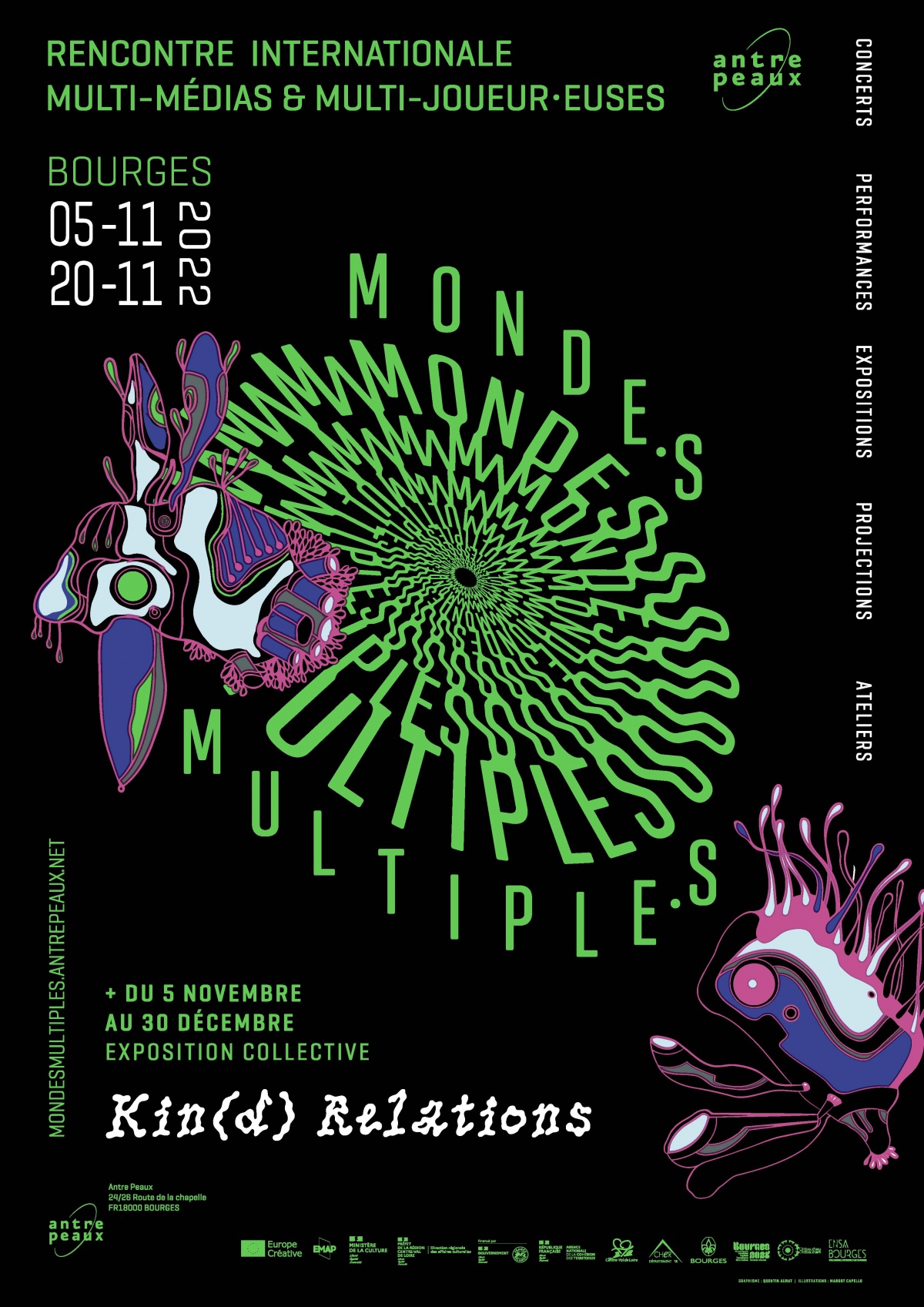 Installation created in collaboration with Shoï

A carpet serves as an alcove for three ficus trees. Installed on this carpet, with their feet symbolically planted on the ground, the spectators can observe the answers of the trees to different questions: questions that we want to ask them, about them, about ourselves, about our relationships. Each sentence makes the plants vibrate, with a vibration specific to each individual plant. This shivering, visible on a screen in front of the carpet, is translated into sound: it is the "response" of the trees.
The enigmatic phonemes emitted constitute a language that can potentially be understood by all living beings. The tree becomes an oracle.
Edouardo Kohn writes in "How forests think" that the characteristic of living beings is their ability to interpret different categories of signs. Since the movements of the air are used and felt by humans and trees, could tools be created and used as "translators" of human speech to retranscribe it to trees? To feel in the modulations of its rustling what the tree wants to "tell us"? Langue des Bois is an inner proposal to imagine an inter-species dialogue, a partial and imperfect experimental form.
The installation is above all a pretext for spending time in the company of plants, observing and listening to what a potential interaction with them produces. The vibratory signal sent to the tree does not ensure a complete "reception" of the plant subject. Likewise, the reaction and transposition system in response would not satisfy a Cartesian being, rather questioning the free and open mind through its poetry. Thus the coordinates transposed into a sound flow form, rather than an anthropomorphised response, an oracle, which by definition remains obscure to the listener. What could be the plant's answer to the human's questions is an imperfect translator, an invitation to introspection.

langue des bois benefited from the 1001 Plateaux and Ursulab residencies at Antre Peaux, and from the support of the DRAC and the Centre-Val de Loire Region.