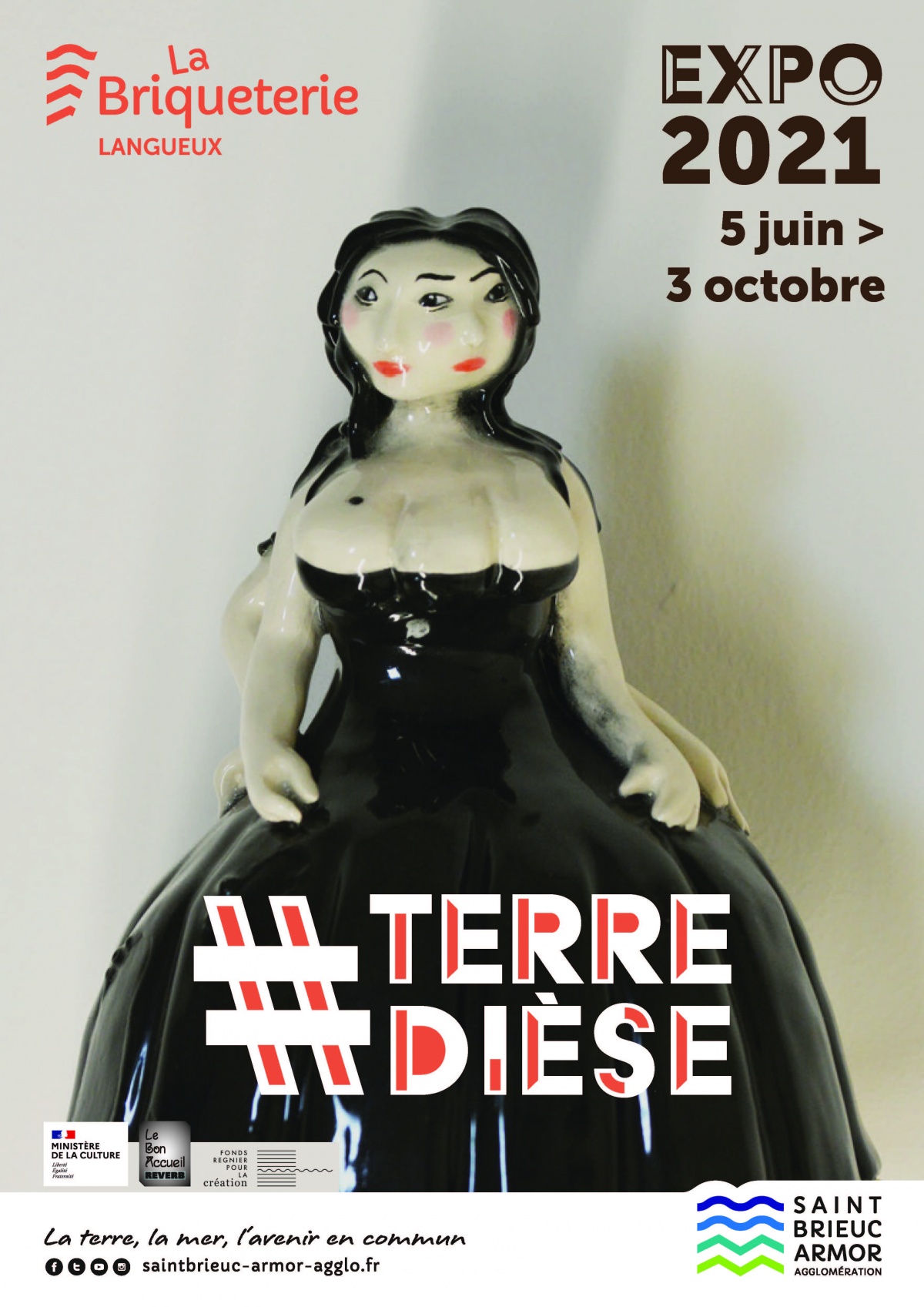 Sculpture and Installation // Ceramics and Sound
The works presented in this exhibition explore the ancient links between ceramics and acoustics. The use of acoustic vases or resonance amphorae dates back to Antiquity: inserted into the masonry of theatres, then churches in the Middle Ages, their supposed function was to improve or modify the sound of the preacher's or singer's voice. Indeed, the clay vessels make it possible to absorb part of the resonance of the sound on precise frequencies.
Contemporary artists play with clay and sound, often with porcelain. They experiment with these two modelling materials: the physical and acoustic study is hidden behind the aesthetics, and the poetry of the piece. Some are interested in the acoustic properties inherent in ceramics, while others create a dialogue between the two materials, one palpable, the other undulating.
Curator: Le Bon Accueil / La Briqueterie

With Marion Auburtin / Karine Bonneval in collaboration with Charlotte Poulsen /

Chanson de Gestes is a set of 5 sound-amplifying sculptures based on the inherent phonic properties of ceramics. Produced in collaboration with the ceramist Charlotte Poulsen, as part of the La Borne residencies in 2016.
By associating the identity of gestures with their orality, the project consists of recording the songs and words of the ceramists at work in the workshop, who have come from the four corners of the world to join the community of La Borne and found its multiple identity.
These are real murmurs, songs and languages that escape from the pavilions and powerfully activate the mechanisms of the imagination.