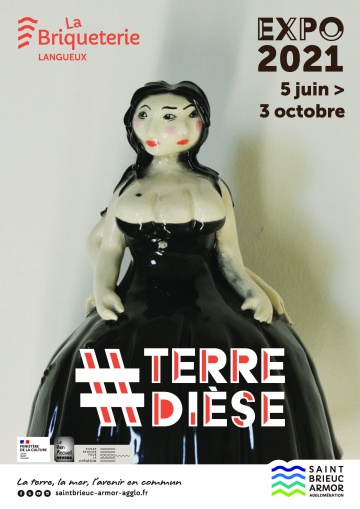 From 5 June to 3 October, come and discover the Terre Dièse exhibition at the Briqueterie. 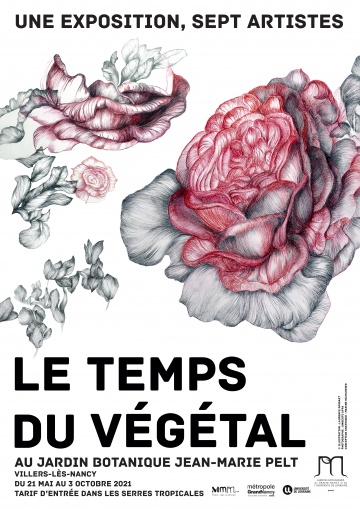 In 2020, the Jean-Marie Pelt Botanical Garden will be celebrating its evolution garden.
In this context, a contemporary art exhibition is proposed, giving another view of the plant world, original, poetic and sensitive.
The exhibition takes as its starting point the herbarium as a cultural heritage, considered in its scientific as well as its poetic dimension, but also the heritage collections of the botanical garden, such as the newly restored botanical teaching boxes dating from the beginning of the 20th century.
These unique and beautiful objects, both educational and aesthetic, will be presented to the public for the first time.
What is the link between us and the plant? What does it say about us? What traces do they leave in our imagination?
This exhibition unfolds like a root system. The works will bring out the various symbols, elements, personalities and territories that are linked to them.
The artists, of national renown, coming from Paris, Lorraine or elsewhere, offer us a personal and new vision of the plant, and reinterpret the history of botany or the notion of the evolution of plants, in the form of sculptures, drawings, photographs or installations. They reinterpret the plant, metamorphose it and give rise to new ways of considering it as a poetic subject. The works also remind us of the fragility of nature
The works also remind us of the fragility of nature, the need to know it and to love it, quite simply.

A season in the swamps #2 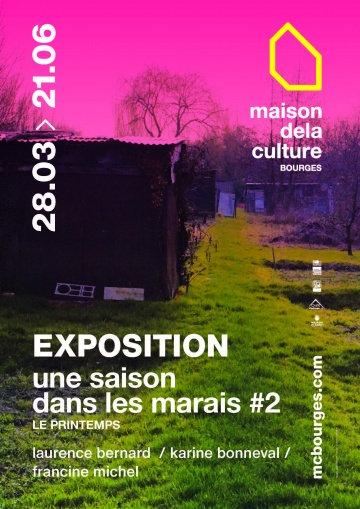 Maisondelaculture is happy to be back at the Marais de Bourges! For this second edition, we have invited three women artists to question - each in her own way - our relationship with plants.

Laurence Bernard imagines a legend according to which, every spring, two stones from the Yèvre and one from the Voiselle join together on the plot of land opposite the Courcillière to transform themselves. Installed in the axis of the cathedral, an edifice of embroidered bodies will be progressively invaded by climbing plants, giving way to a moving silhouette dependent on the flora and the elements. With this installation entitled Une échappée, Laurence Bernard questions nature's capacity to take over from humans and to reappropriate them over the course of the months.

Karine Bonneval created Vertimus*, an installation of performative pieces for trees and humans that invites visitors to look at the landscape while anchored to the ground, like a plant. She collaborates with the INRAE PIAF in Clermont-Ferrand and Studio Décalé, who are developing a reflection on the adaptive behaviour of plants. The sculptures of postures, created in collaboration with the maisondelaculture workshop in Bourges, are a kind of practicable apparatus, inviting us to recompose our movements according to external demands. To try to become a plant for a moment.
* This project is supported by the Carasso Foundation.

Francine Michel works with clay in colombins that she superimposes one on top of the other like automatic writing to create a form that will be coloured and fired at high temperature and will thus become its own entity. Her installation in the marshes is about the interaction of dwellings in nature and questions about a balanced cohabitation. She questions the relationship between nature and buildings. Does the tree have a place in the city and what space is reserved for it? Trees in parks? Where does everyone fit in?

GUIDED TOURS
free of charge on reservation with Mariana 02 48 67 74 62 m.legoff@mcbourges.com

Beneath The Pavement, Not The Beach 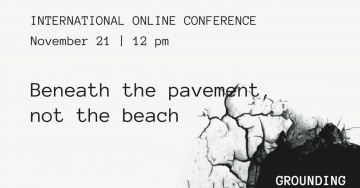 Saturday novembre 21st  2020
from 10:00 UTC+01 à 14:00 UTC+01
Art & Science Master's program
on line event
https://art-and-science-center.timepad.ru/event/1483319/
reservation
art-and-science-center.timepad.ru/event/1483319
On November 21 at 12 am (UTC+3), the opening conference "Beneath The Pavement, Not The Beach" will take place and bring together artists, philosophers and soil scientists from different countries to build an alternative map of the heterogeneous soil space. 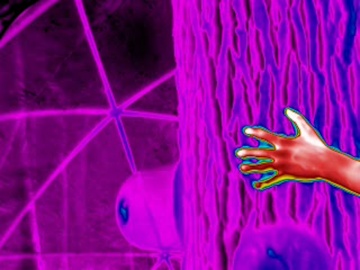 From its first edition 24 years ago, the Ji.hlava Intl. Documentary Film Festival, running Oct. 27-Nov. 8, has always gone its own way — largely thanks to director Marek Hovorka and his team, who never wanted to run just another venue for screening docs.

The Czech Republic’s prime doc event continues that mission even as it’s been forced by government COVID-19 safety restrictions to go fully online. A digital version will in fact be a permanent Ji.hlava feature going forward, Hovorka says, but after this year it will be balanced with live events to create a hybrid fest format.Experimental film is another Ji.hlava forte as seen in the Fascinations section. This edition is built around the theme of gardens with some 15 films ranging from the 1932 short essay “Poem 8” by the artist Emlen Etting, known for illustrating Kafka books, to French think piece “Dendromite,” a 2017 work by Karine Bonneval that uses thermographic imagery to explore “philosophical-ethical questions about the possibilities of man’s intimate relationship to nature.” 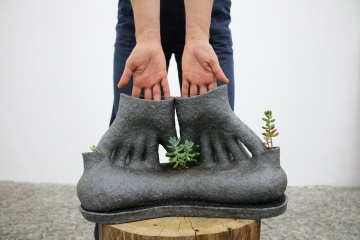 As a part of the two EARTHBOUND Residencies in October at ARoS and at Kulturprinsen, Viborg, ARoS and Secret Hotel presents an artist talk with our residents Karine Bonneval (F), Susanne Marieke Vogel, and Kuai Shen (D/EC) at Aros Art Museum in the atelier at level 3.
18.30-19.15: KARINE BONNEVAL AND SUSANNE MARIEKE VOGEL
Karine Bonneval is a French visual artist, based in the middle of France. Her work focuses on ‘plant otherness’ and the complex and specific interactions, which link humans and plants.
In her sculptures and installations, we are immersed in a world of organic forms with strong fictional power, where new combinations of vocabularies and techniques go hand in hand with the marriage of art and science. Karine will invite us on a journey going through both the history of science and her own personal background.
In her residency, Karine will be working with local researcher and PhD Susanne M. Vogel (from Holland), who explores how to understand elephant behaviour around agricultural fields by looking at their movement decision and how they eat crops.
Observing plants and how different species interact with them is what links the work of Karine and Susanne – zooming in on plant movements, and zooming out on how humans and elephants try to coexist amongst crops and wild vegetation.
19.30-20:00 KUAI SHEN
Kuai Shen is in residency during October in Viborg, and will also shortly present at this event.
He is a media artist and ant lover from Ecuador, working in both South-America and Germany. His techno-ecological installations reflect on the interspecies relationship between ants and humans. He works with these as a metaphor for a post-human ecology, in which mutualisms between artefacts and organisms take place. (A mutualism is a collaborations which is good for both parties).
ABOUT EARTHBOUND RESIDENCIES AND SYMPOSIUM
This artist talk is a part of the EARTHBOUND Residencies, organized by Secret Hotel.
“EARTHBOUND 2021 – Weaving with the More-than-Human” is a symposium happening September next year. With EARTHBOUND we create cross-over meetings between artists, researchers and other citizens, as well as with more-than-human creatures. Together we investigate what the climate emergency does to our worldviews, to how we human beings act, and how it affects the art spheres, the areas of scientific research and other social spheres.

Nuit Blanche : and if earth was in the center ? 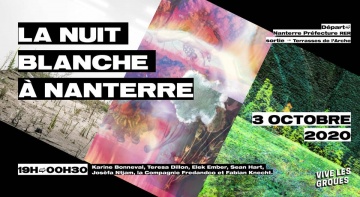 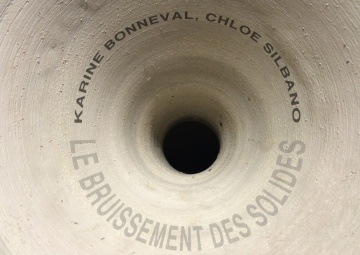 Karine Bonneval and Chloé Silbano present a series of paintings and sculptures that revolve around ways of being on earth; territories, uses, tools. This dialogue between their practices began last year with the exhibition Dé-jardiner, at Gr_und, in Berlin. 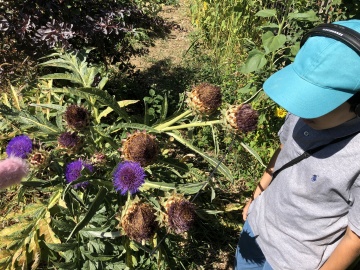 Web radio
Through a journey to the garden-city of the French La noue-Clos neighborhood in Montreuil, in Seine-Saint-Denis, we explore the construction of a territory to be re-imagined, the possibility of creating a more harmonious space of cohabitation that would take into account the diversity of life forms, our existential and cultural singularities. Listening to an eggplant leaf or a bee, planting salads, building a hut, screwing, sawing, listening to the sound of earthworms, as small steps to transform our relationships with multiple existences, recognizing our interdependencies and apprehending new "Ways of being alive" * more humble and welcoming * B.Morizot.
This sound object, between documentary and essay, explores our links to the living and gives voice to life in its most vivid expression: a sound composition of human and non-human activities and languages, on an inhabited territory that is as much geographical as it is relational.  This sound exploration of the living world goes from the macro to the micro, from the sky to the subsoil, and from all terrestrial activities of construction and communication. A kind of sensitive and experimental attempt to question the quality of our presence in the world as inhabitants.

Excerpts Readings by Cécile Funke: Manners of Being Alive, Baptiste Morizot, Walking with the Dragons, Tim Ingold and Brochure of the urban farm project.
By Cléo: Etiquettes of the sounds " Ecouter la terre " by Karine Bonneval 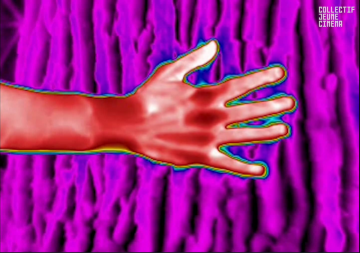 Dendromiacy (in intimacy with the tree), directed in collaboration with Claire Damesin, ecophysiologist, in the selection of Théo De Lyanis from the Collective Jeune Cinéma for the Jeu de Paume.
http://lemagazine.jeudepaume.org/…/de-confines-de-tous-pays/